It’s Oldie But a Goodie

One of the world most successful models Twiggy revolutionised the world of fashion in the 1960s. When Louis Vuitton launched its Papillon bag, she snapped it up, never traveled without it.

Unlike modern Louis Vuitton Papillon Bag, vintage Papillon bag has darker treated leather trimmings and handles which prevent it from being stained easily by water or sweat. Twiggy was carrying the smallest version of pap in the photo and the 60s Papillon monogram placement is different from the ones produced later on.

Like other iconic Louis Vuitton Bags (Alma, Speedy, Noe, Keepall…), it is an oldie but a goodie. It is one of these bags that you can get today, take good care of it, then break it out in a decade or two, and still look classy and fabulous! 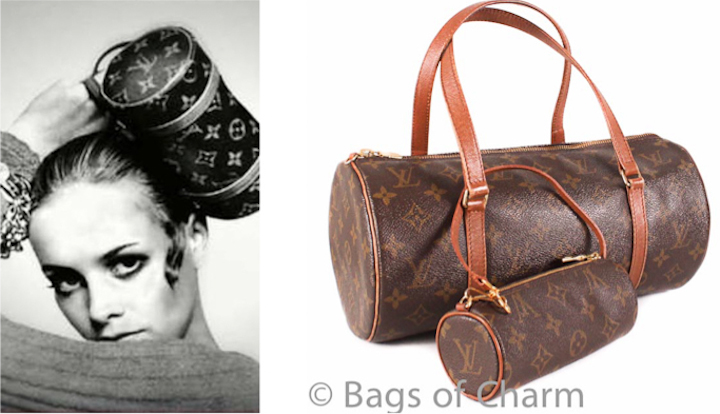