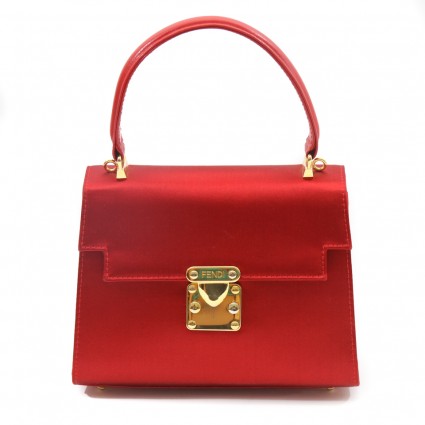 This is a stunning and rare Fendi Kelly Bag from Fendi deluxe range of bags. Crafted of the highest quality satin in the most beautiful color with matching top handle and detachable long leather strap. Features:

Made in Italy, Serial number: on the leather tag inside the wall pocket, see picture.

Original price was over AUD$2,500. Totally a bargain.