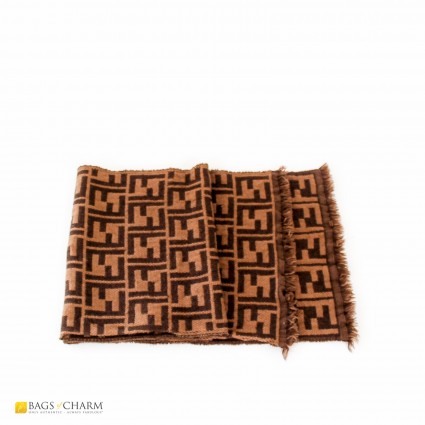 Keep warm and look stunning this winter with this signature logo Fendi scarf in brown. Made of 100% Italian wool.

A great scarf to wear out on the weekend or to work this scarf is heavily discounted.