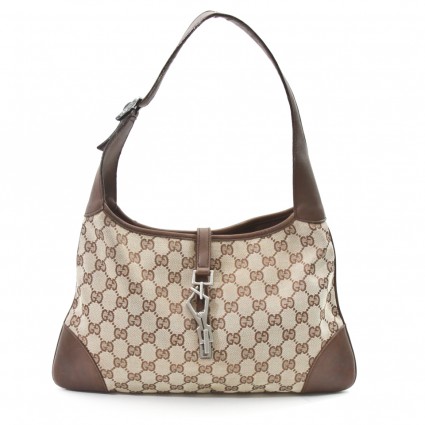 This is a fabulous Gucci monogram Jackie O hobo bag. Named after the famous US first lady, this bag is one of Gucci’s classics. Features:

Pre – owned.  This bag has been used frequently but still remains in very good condition. The GG monogram canvas is beautiful and clear with no obvious signs of wear. Leather has some scratches, signs of wear along the edges, no structure issues. Lining is intact and clean.