The Alma was made by Gaston Vuitton for Coco Chanel – she designed the bag in the 1930s. Years later the Alma became available to purchase in the Louis Vuitton stores and continues to be available and popular today. To purchase a new one retails for $2010. Now you own this beautiful preowned bag that can be carried on your arm or in your hand – this bag will never go out of style.

* natural cowhide leather on the handles, trim and the base

Preowned. In very good condition. The canvas is beautiful with no marks. The handles is changing to a medium patina colour and has minor signs of wear. The hardware including the zipper is in very good beautiful and shiny.  The internal lining is clean and tidy. There are some small water marks on the leather leaf (see pictures for details). The stitching is tight and intact. All of the studs are shiny and beautiful with no scratches. On the leather trimmings of the bag and base, there is some wear – scratches, light scuffing and marks.

A really stylish bag to carry on your arm on in your hand. 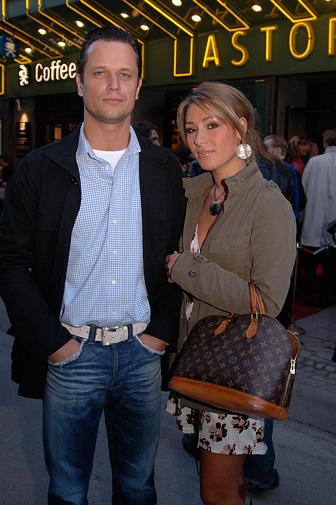