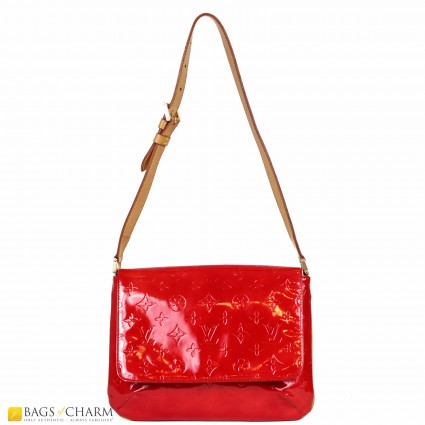 * Vernis is in striking and beautiful red

* Internal has one open pocket

Preowned. The vernis has no scratches but a few signs of minimal wear in places (see pictures). The strap is in very good condition – there are a few very small spots – about 0.05mm long.  The brasswear is in excellent condition with minimal signs of wear. Inside the bag there are creases where the flap folds but the bag is clean and tidy.