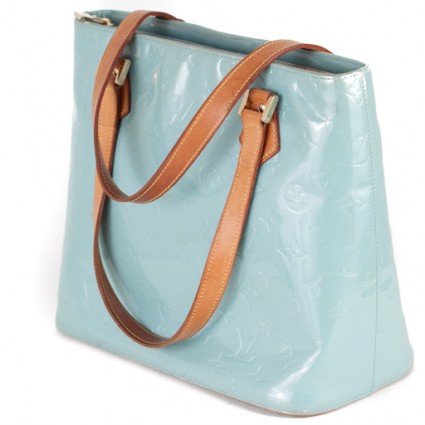 This is a beautiful bag, preowned in very good condition. The vernis leather is beautiful, firm and alluring with NO color transferring issues. Some small marks on one side but nothing major see pic 5. Natural cowhide leather has light honey patina with no water marks or ugly dark spots. The hardware is golden and bright. Inner lining is in very good condition. Comes with gift dust bag from Bags of Charm.